When it debuted at the HAI Heli-Expo in 2017, the media dubbed it “sleek” and “futuristic.” But for all its accolades, perhaps the most remarkable thing about the FCX-001 is that it was built in less than six months—a feat the company explains would never have been possible without the power of Virtual Reality (VR).

It normally takes 5-7 years to design a helicopter, requiring a complex process that involves software designs, physical mock-ups, pilot tests, focus groups and more, all before it even gets to creating an actual airframe for tests. It’s a time-consuming, sometime tedious, and extremely expensive process, in an industry where every delay could mean millions of dollars in lost revenue. 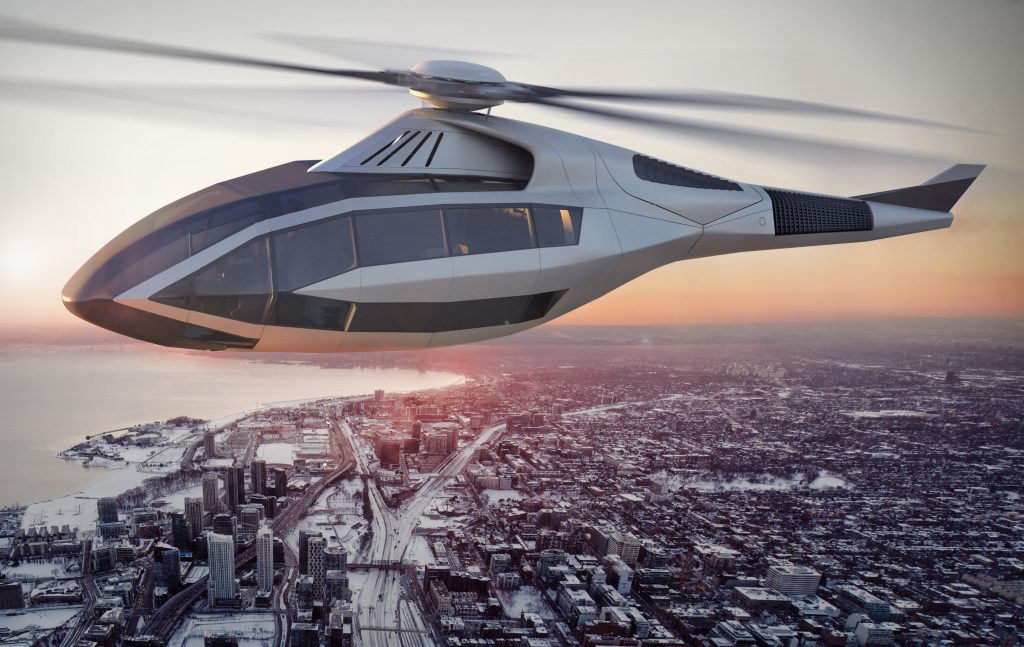 Bell CEO Mitch Snyder challenged his team to find a way to bring their products to market much faster. He created the Innovation Team to “explore ideas ahead of their time and advance design and experience to focus on emerging technologies.”

Ultimately, the team decided to build their mock-ups in VR, and it had a profound effect on their entire design process. Bell worked with Sector 5 Digital (S5D), an innovative 3D design and production agency, to help design and sketch the initial model, then create the aircraft in 3D using Computer Aided Design (CAD) software. The model was then transferred into Unity (a real-time game engine) so the design could be experienced and modified in VR on HTC VIVE.

Rather than having to start with a small-scale model for the initial prototyping, the VIVE enabled Bell’s engineers and test pilots to visualize a full-scale model right from the very beginning. The test pilots could then experience the aircraft as if they were inside an actual model, allowing them to provide faster and more specific feedback.

In turn, the engineers were able to make adjustments to the design based on critical success factors such as visibility, access, safety, comfort and more. Bell demonstration pilot Will Williamson explains, “VIVE gives me the real-time ability to say ‘that’s too far, or I don’t have enough visibility.’”

This type of visualization and interaction allowed the design team to get a full-scale prototype in front of decision makers and customers much earlier in the process, greatly reducing the overall design cycle.

“It’s like a virtual mock up, and you haven’t even built a part yet.” says Mike Ryan, Engineer V, Bell Innovation Lead. VIVE also allowed Bell to identify and resolve issues much sooner in the design process than they could before. Without VR, issues regarding visibility, ergonomics and clearances typically wouldn’t have been discovered until very late in the development cycle. Catching these issues early might have saved the company millions, if not tens of millions, of dollars. 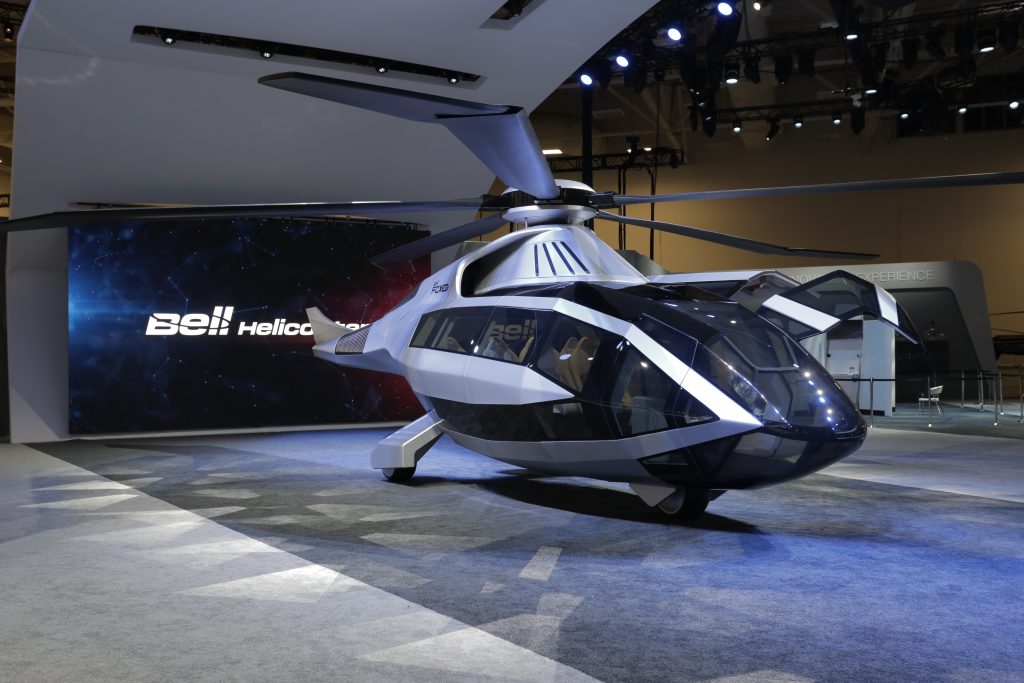 For Bell, VR has proven to be a great marketing and sales tool as well. The company prefers to show potential customers an aircraft configuration that aligns with their interests, and VR gives the sales team more flexibility to design mock-ups according to their clients’ needs. Rather than modifying a physical mock-up with a specific interior, for example, the team can use VR to show the client what the helicopter would look like based on every type of mission capability profile that it has – from off-shore take-offs and landings to emergency egress procedures – all at the stroke of a key (or the gaze of a button, as it were). Using VR visuals this way eliminates the cost, schedule and resource burden of reconfiguring a base mock-up for multiple scenarios.

VR makes possible a number of tasks that Bell’s Innovation Team had never dreamt of before. While it’s impossible to bring a hundred different helicopter platforms and configurations into a sales meeting, VR provides the next best thing. The technology also allows the company to demonstrate components that the naked eye can’t see, like when peeling away the cowling to explore the engine. Not to mention, Virtual Reality attracts large crowds at trade shows and garners lots of media attention as well!

Because of the incredible success Bell has already experienced by incorporating VR into its product design and customer experience, the company is now exploring other uses for the technology as well, such as training and maintenance.